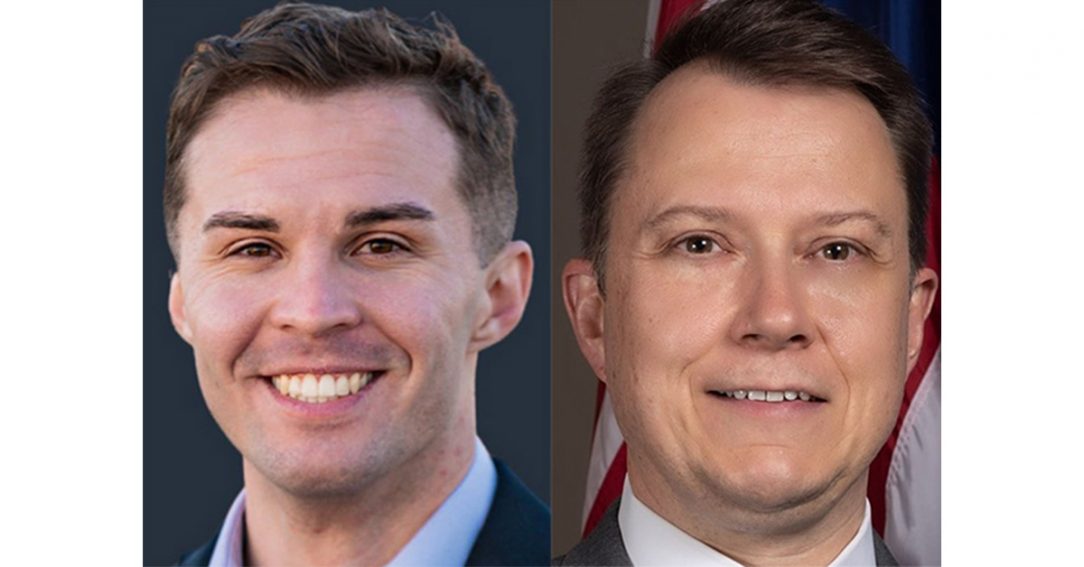 The meeting is scheduled for 7-8:30 p.m. at the Yukon Police Department, 100 S. Ranchwood Boulevard.

Participants who want to join the meeting on Zoom may email jodyharlan@gmail.com before 5 p.m. on Monday, October 10, to request a Zoom link and code required to attend.

Blake Aguirre was born in Ardmore and has deep roots in rural Oklahoma, including Madill and other communities similar to many located in Senate District 22. He was raised in a military family and knows the struggles many military families face as they balance family life with duty.

Aguirre supports an increase in funding for schools and teacher pay to stop the loss of educators moving to surrounding states. He will work with both Democrats and Republicans to fully fund courts and district attorneys’ offices with general revenue funds so Oklahomans do not go back into incarceration for inability to pay fines and court costs. Aguirre will work across the political aisle to address the rising costs of healthcare following his family’s struggle after his mom and grandmother were diagnosed with cancer,

He graduated from the University of Central Oklahoma with a bachelor’s degree in political science and minors in pre-law and Spanish.

“I’ve learned to think outside the box for solutions, such as when my family and I established a local firework business to raise funds to help pay the co-payments for cancer patients,” Aguirre said. “I will work toward a healthcare system which works more efficiently and helps patients more than it hurts them.”

After a career spanning two decades in banking and finance, Charles De Coune for State Treasurer currently lends money to Oklahoma municipalities who borrow at lower interest rates and save millions each year because the bonds he manages have the highest credit rating in the country.

A native of Belgium, Charles De Coune moved to the United States as an exchange student. He graduated with a degree in finance, earning the highest grade point average in his class.

“The state treasurer tracks economic data, manages a state agency and works closely with the governor, lieutenant governor and legislature to assist in making effective and transparent financial and economic decisions,” De Coune said. “I am the only certified public funds investment manager in the race for state treasurer and banker in the race whose practices were not called ‘unsafe and unsound’ by the Federal Deposit Insurance Commission. I look forward to returning transparency, financial stewardship and sound investment practices to the Capitol.”