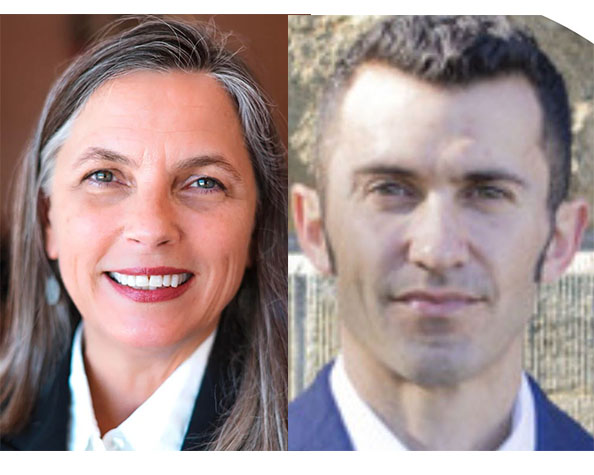 Participants who want to join the meeting on Zoom may email jodyharlan@gmail.com before 5 p.m. on Monday, September 12, to request a Zoom link and code required to attend.

The Canadian County Democrats live stream their meetings at https://www.facebook.com/CanadianCoDems.

Priorities for Alizadeh-Fard, the Democratic candidate for lieutenant governor, include transparency, integrity and aptitude. This is a statewide race which will be on every voter’s ballot on November 8.

“Accountability has been sorely lacking in the lieutenant governor’s office and the current Administration in general,” Alizadeh-Fard said. “Corruption, misogyny and mean-spirited legislation have been their hallmark, and that must change.”

Jeremiah Ross is the Democratic candidate for Congress in District 3, which includes Canadian County and extends west from Tulsa to the Panhandle and diagonally south from Tulsa to the southwest corner of the state.

Ross is an attorney specializing in immigration, criminal defense and personal injury.

He earned a bachelor’s of arts degree in political science and government, at the University of Oklahoma and law degree from Gonzaga University School of Law in Spokane, Washington.