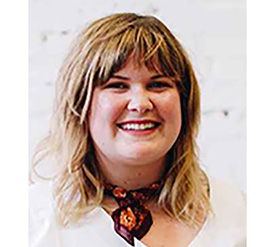 YUKON, Okla. – Nicole McAfee from ACLU will be the guest speaker at the Canadian County Democrats’ online Zoom meeting at 7 p.m. on Monday, August 10.

McAffee will speak in favor of State Question 805. This ballot measure would prohibit a convicted person’s former felony convictions from being used to expand punishment, including minimum and maximum terms.

SQ 805 would not lower the minimum or maximum sentence for crimes, but instead would change Oklahoma’s default approach to crime.

“SQ 805 is the best next step to continue safely reducing our prison population, “Allan Grubb, district attorney for Pottawatomie and Lincoln counties, said. “It could save us nearly $85 million over the next decade, which could be re-invested in rehabilitative resources for low-level, nonviolent offenders.”

Oklahoma voters signed petitions to bring SQ 805 to a vote of the people on Nov. 3.

The Canadian County Democrats encourage participants to join 5-10 minutes before the meeting begins by selecting https://us02web.zoom.us/j/5515451639 and following easy instructions.

Nicole McAfee joined the ACLU of Oklahoma as the Smart Justice Campaign Manager in 2017. She focuses on voter access and engagement, meaningful criminal legal reform, and working to elect officials who serve the interests of their constituents. Learn more at https://www.acluok.org/.

“I hope that one day Oklahoma will lead the nation not in incarceration rates, but in solution-oriented work towards building a justice system that is truly restorative and equitable for all,” McAfee said.

Her organizing experience includes working on coordinated races in Colorado, running field programs in the Cherokee Nation, and working the 2016 presidential cycle in Oklahoma, Michigan, Ohio, and New York

The Canadian County Democrats will continue to meet on Zoom until further notice at 7 p.m. on the second Monday of each month, except December. For more information, visit Facebook @canadiancountydemocrats, Twitter @DemsCounty, Instagram @canadiancodems or text/phone 405-326-3600.