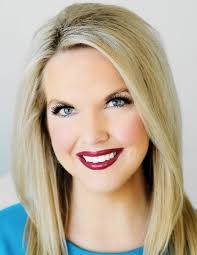 YUKON, Okla. – Abby Broyles for U.S. Senate will be the guest speaker at the Canadian County Democrats’ online Zoom meeting from 7-7:30 p.m. on Monday, July 13.

The Canadian County Democrats encourage participants to join 5-10 minutes before the meeting begins by selecting https://us02web.zoom.us/j/5515451639 and following easy instructions.

Abby Broyles graduated college in two-and-a-half years and began working as a journalist at age 20. She spent the majority of her TV career at the NBC affiliate in Oklahoma City.

An award-winning investigative reporter, she uncovered political corruption, exposed a hush-money sexual harassment scandal at the state Capitol; revealed a loophole that allowed a sexual predator of children to keep his taxpayer-funded retirement; and held lawmakers accountable for wasting taxpayer dollars defending legislation they knew to be unconstitutional.

Broyles put herself through law school while working as a journalist and honed her legal skills by working on both the prosecution and defense side before passing the bar and opening her own law practice.

According to her website at https://www.abbybroyles.com/, “Now, Abby is running for the United States Senate to bring change to Washington. She will bring people together and work with anyone—Republicans, Democrats, and Independents—who is willing to make a better life for Oklahoma families.”

Broyles is a lifelong Oklahoman and a graduate of Bethany High School. Her dad managed the credit union down the street. Her mom has been a professor at Southern Nazarene University in Bethany for 40 years.

The Canadian County Democrats will continue to meet on Zoom until further notice at 7 p.m. on the second Monday of each month, except December. For more information, visit Facebook @canadiancountydemocrats, Twitter
@DemsCounty or Instagram @canadiancodems.