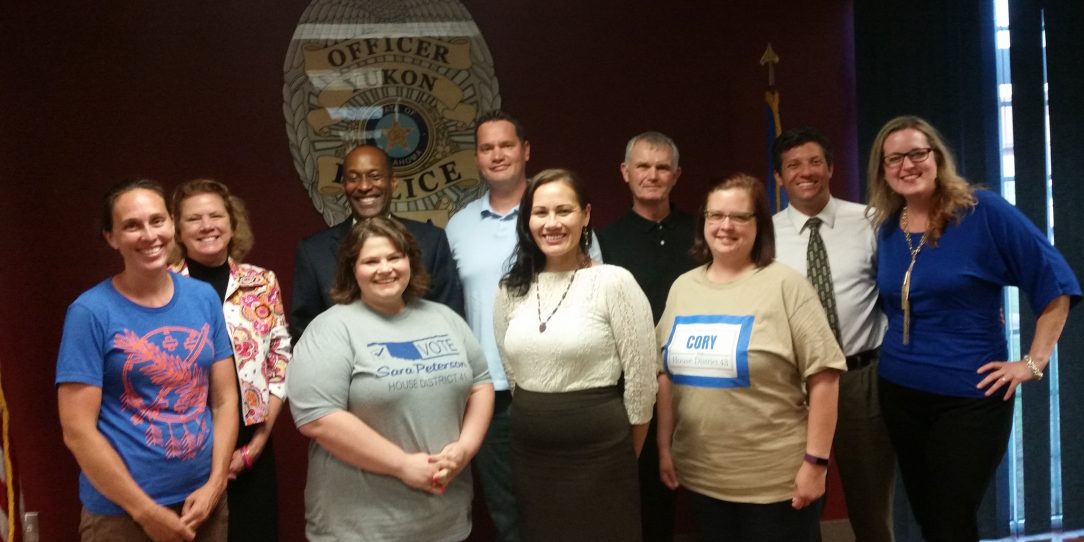 Andy Moore, the popular founder of Let’s Fix This, followed the candidate forum with information about grassroots efforts to encourage regular, everyday citizens to engage with their government.

Senator Michael Brooks (Democrat – Senate District 44) was elected to represent Mustang and south Yukon in a special 2017 election. Brooks did not draw a Republican opponent in 2018 and has already been declared the winner in that Canadian County race.

Candidates who spoke Monday night were all Democrats, except for Daniel Pugh who is registered as an Independent:

“Candidates primarily focused on their plans for restoring education funding and resolving lingering budget issues at the state Capitol,” Shirley Burton, Canadian County Democrats secretary said. “Health care and environmental concerns also seem to be of interest to this audience at the Yukon Police Department.”

Voters who are registered as Independents can vote in the Democratic Party primary and runoff elections in 2018 and 2019.

Early voting will be available at the County Election Board at 200 S. Bickford Avenue in El Reno.

Contact hwinc@cox.net or 405-326-3600 to get involved in the Canadian  County Democrats’ events and activities.