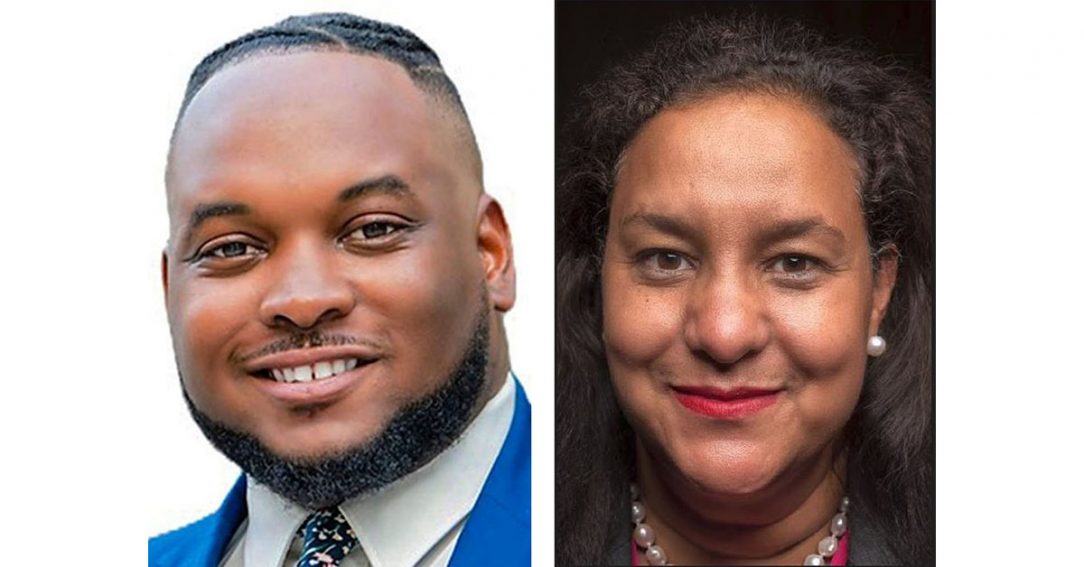 YUKON, Okla. – Joshua Harris-Till for Congressional District 5 and Warigia M. Bowman for Corporation Commission will share the stage on Monday, July 11, at the next Canadian County Democrats meeting.

The meeting will be held from 7-8:30 p.m. in the training room at the Yukon Police Department, 100 S. Ranchwood Boulevard.

Participants who want to join on Zoom may email jodyharlan@gmail.com before 5 p.m. on Monday, July 11, to get a Zoom link and code required to attend.

He is a community organizer involved in the Civil Rights Movement on the national, state and local level and cousin of the late Emmett Till, a 14-year-old African-American boy who was abducted, tortured, and lynched in Mississippi in 1955.

On the local level, Harris-Till helped connect OKC Mayor David Holt with Black Lives Matter organizers to in an attempt to foster understanding during the 2020 national uprisings.

On the state level, he helped connect the family of former death row detainee Julius Jones with legislators supportive of his innocence.

On the national level, he advocated for the passage of the Emmett Till Anti-Lynching Act.

Harris-Till’s father, a veteran and deacon, instilled in him the principles of discipline and respect. His mother, a union worker and minister, encouraged him to be empathetic and speak up for others.

“Too many good people have gone to D.C. and forgotten their constituents back at home,” Harris-Till said. “If elected, I will be in the district holding meetings and making sure the work I can’t get done in D.C. will get done in the community alongside my constituents.”

Candidate for Oklahoma Corporation Commission Warigia M. Bowman is running for the seat that Commissioner Dana Murphy is vacating.

“My campaign is about making the OCC accountable to the citizens of Oklahoma,” Bowman said.

She is concerned about the commission’s recent approval of nearly $2.9 billion in state bonds that will be paid back by utility company customers to four oil and natural gas companies to cover their winter 2021 storm expenses.

Meanwhile, “OG&E’s parent company booked a $737 million profit in 2021 while it also recorded debt from the winter storms,” according to an article in The Oklahoman dated 07/05/22.

“This is, in effect, the largest tax increase in Oklahoma history because residential ratepayers will be paying for costs incurred by utilities for 20 years with interest,” Bowman said.

If elected, Bowman intends to complete an audit of the Oklahoma electric grid to find out what components of the grid require investment and upgrading. She also wants to build on Oklahoman successes with oil, gas, wind and hydropower by expanding offerings in solar, hydrogen and biomass.

Bowman teaches water, natural resources and administrative law at the University of Tulsa College of Law. She is a widely published expert on public policy, infrastructure, water and energy.

Along with 34 interdisciplinary Oklahoma researchers, she was recently awarded part of a multi-million National Science Foundation grant, administered by the Established Program to Stimulate Competitive Research.

An honors graduate of the University of Texas School of Law, she clerked for Justice Jack Hightower of the Texas Supreme Court and served as an honors trial attorney in the Environmental and Natural Resources Division of the U.S Department of Justice.

The Canadian County Democrats meet at 7 p.m. on the second Monday of each month, except December, at the Yukon Police Department, 100 S. Ranchwood Boulevard. The meetings are also live streamed on Zoom and Facebook at https://www.facebook.com/CanadianCoDems. For more information, email chair@canadiancodems.org.