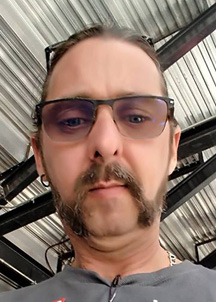 YUKON, Okla. – Russell Moore, an advocate for medical marijuana, will update the Canadian County Democrats and friends on Monday, August 13, about the status of State Question 788, which legalized marijuana for medical purposes in Oklahoma.

Seating is available on a first come, first basis for the free meeting to be held from 7 to 8:30 p.m. at the Yukon Police Department, 100 S. Ranchwood.

The pro-marijuana group Green the Vote said on July 29 that they had already collected 132,527 signatures for SQ 797 – more than the required number to get the measure on the ballot for a vote of the people.

Moore has studied special interest groups’ suggestions and proposed regulations, and has been active in addressing potential shortfalls in SQ 788.

“I have researched what other states have done and pull what matches our situation as guidance,” Moore said. “My goal is to educate and help as many as I can. With all of the misinformation, myths and anti-MM (medicinal marijuana) propaganda, this task is needed.

“I have absolutely no financial stake in the industry,” he added. “I do however have a wife, family members and many friends who can benefit from the industry and leave the pharmaceutical meds behind. This is what drives my motivation and passion.”

Moore’s background in advocacy stems from nearly 30 years in ocean and shark conservancy, wildlife conservancy and the vaping industry.

He was a founding consumer board member of Oklahoma Vapers Advocacy League and has been actively involved in writing and propagating several vaping bills and animal rights legislation as well.

“In 2015, Oklahoma authorized clinical trials of cannabis oil for persons 18 years of age or younger with severe forms of epilepsy,” according to Ballotpedia.org. “In 2016, the age cap was removed and clinical trials were expanded to cover other specific diseases and conditions.”