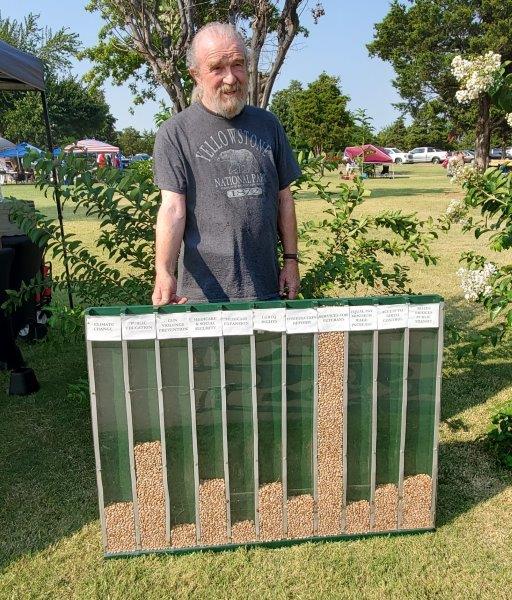 YUKON, Okla. – Services for veterans was the top issue at Mustang’s Western Days, earning 31 percent of votes cast, according to an informal opinion poll taken by the Canadian County Democrats.

Hundreds of visitors stopped by the Democrats’ booth on September 11 to drop pinto beans into 11 slots separated by Plexiglas known as the “bean poll.”

Public education received the second most votes in the opinion poll with 14.5 percent, followed by Medicare and Social Security with 8.5 percent.

“Our booth was busy all day, which proves that people like to be asked for their opinions,” Canadian County Democrats Secretary Shirley Burton said. “It was a great day for us.”

The Canadian County Democrats meet at 7 p.m. on the second Monday of each month, except December, at the Yukon Police Department, 100 S. Ranchwood Boulevard. The meetings are also streamed on Zoom.